The vicinity of volcanoes such El Chinyero o Trevejos makes for some singular scenery, where volcanic formations are always present.

Furthermore, the nearby lookout points panoramic views of this part of the island. We should highlight those which overlook Isla Baja, such as Lomo Molino.

Another point worth highlighting is the manmade wetlands of Charcas de Erjos. During te rainy season, up to ten ponds can be formed, creating a unique ecosystem with numerous animal species, such as birds, and singular vegetation.

Moreover, the Ecomuseum is incorporated in the Teno Rural Park, a conservation area with valuable assets in term of landscape and heritage. The park’s range of sceneries includes laurisilva forests, euphorbias and Canary Island spurge in Punta de Teno, with native species such as “cardoncillo” (ceropegia dichotoma) or gorse, and examples of traditional architecture in the small hamlets and towns scattered all over its territory.

POINTS OF INTEREST IN THE AREA 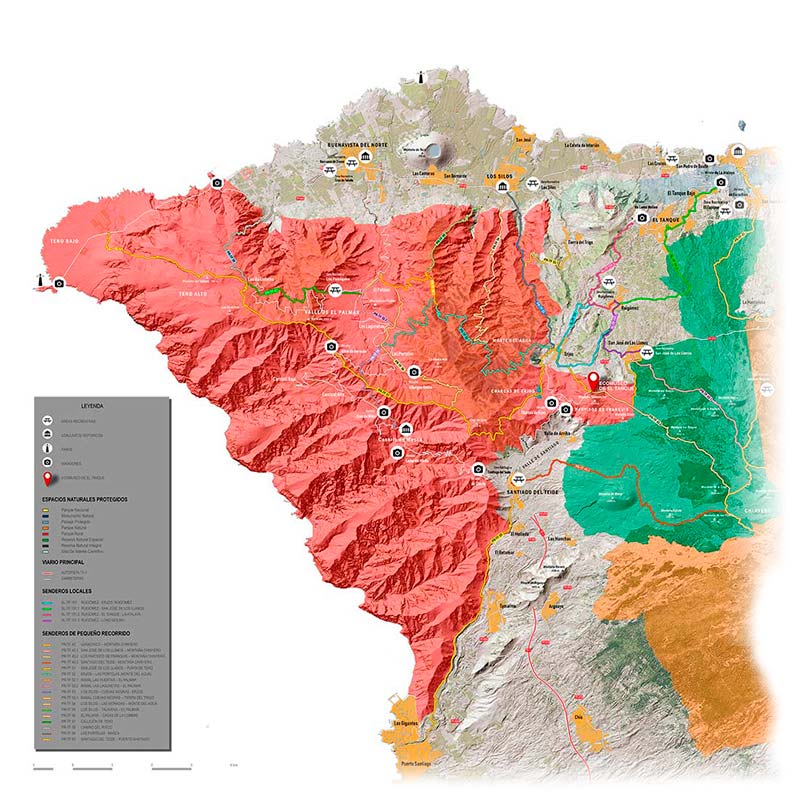